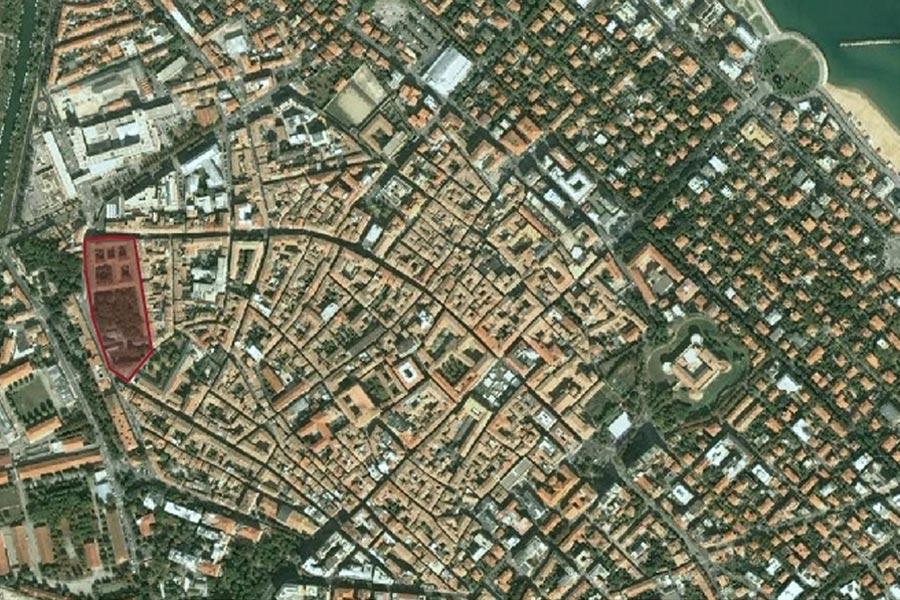 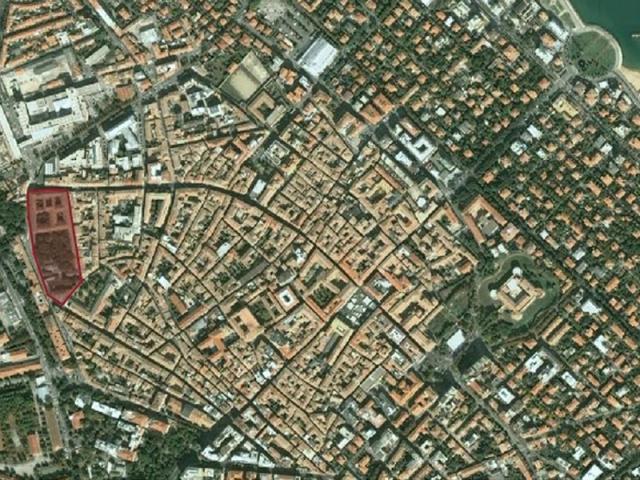 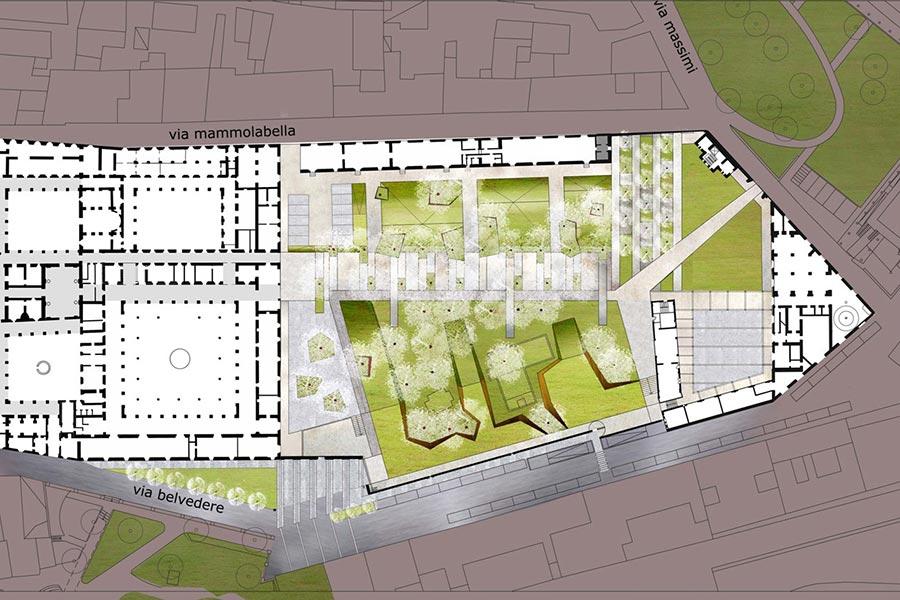 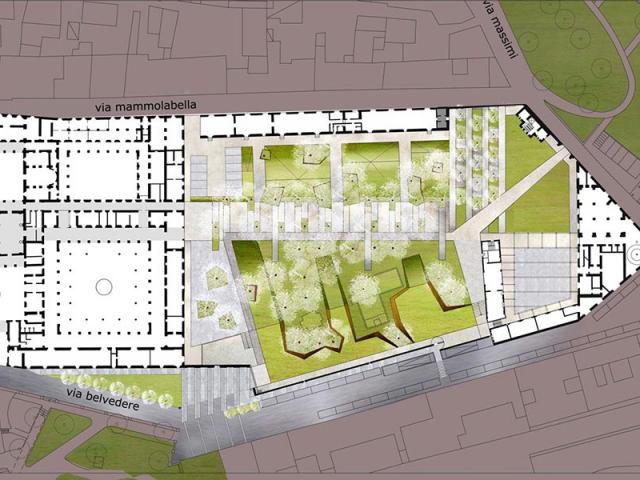 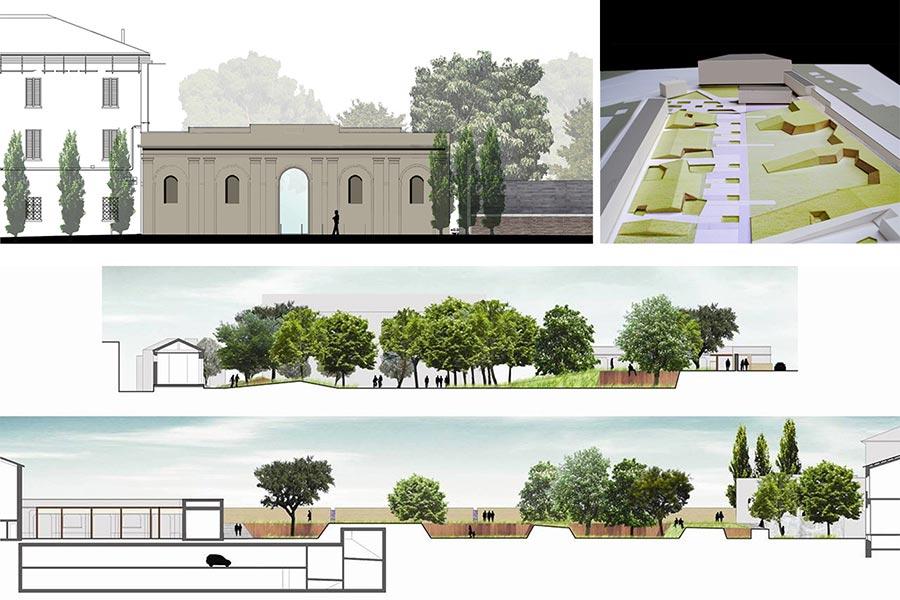 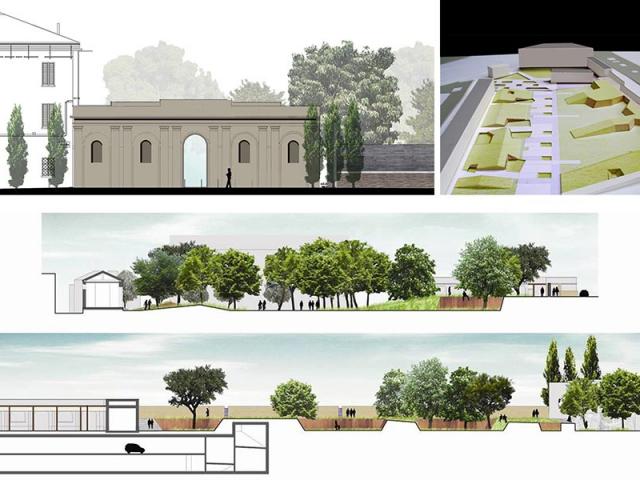 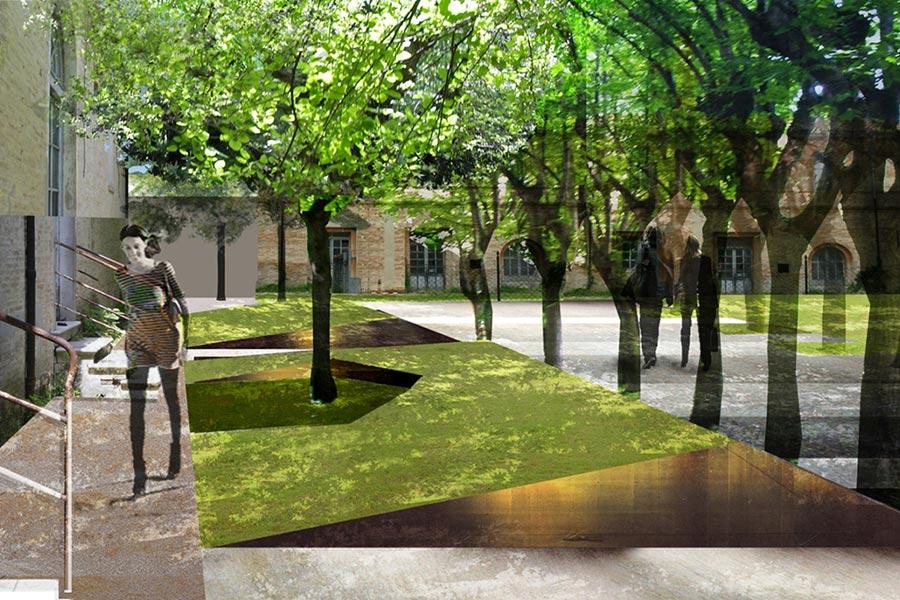 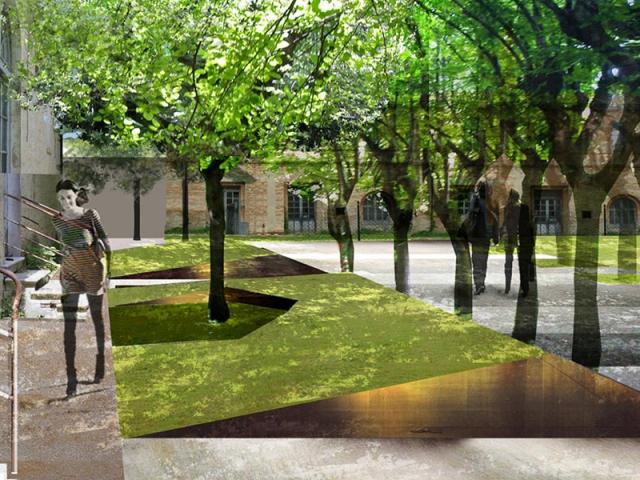 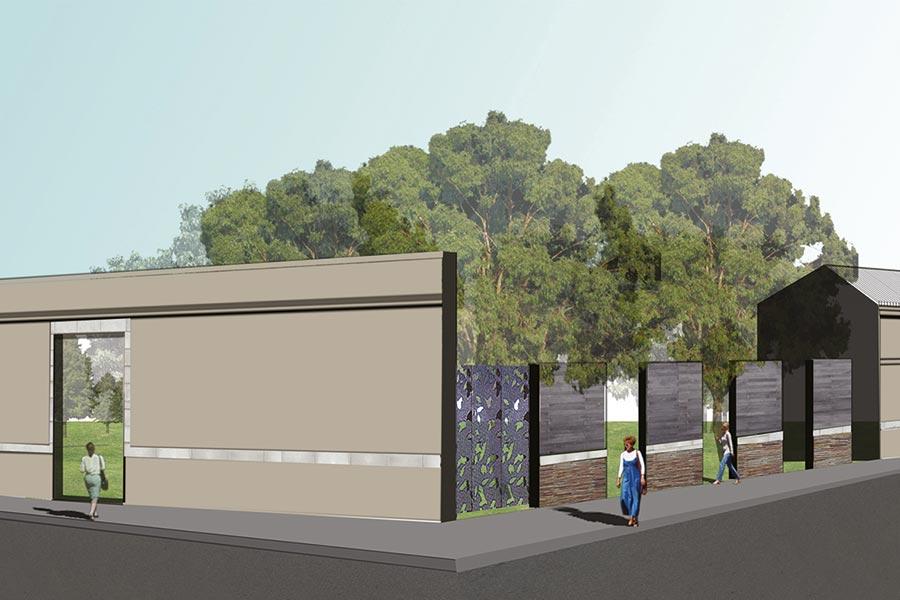 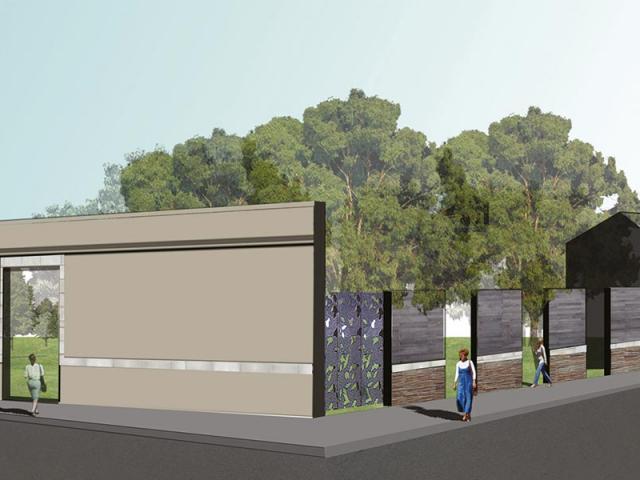 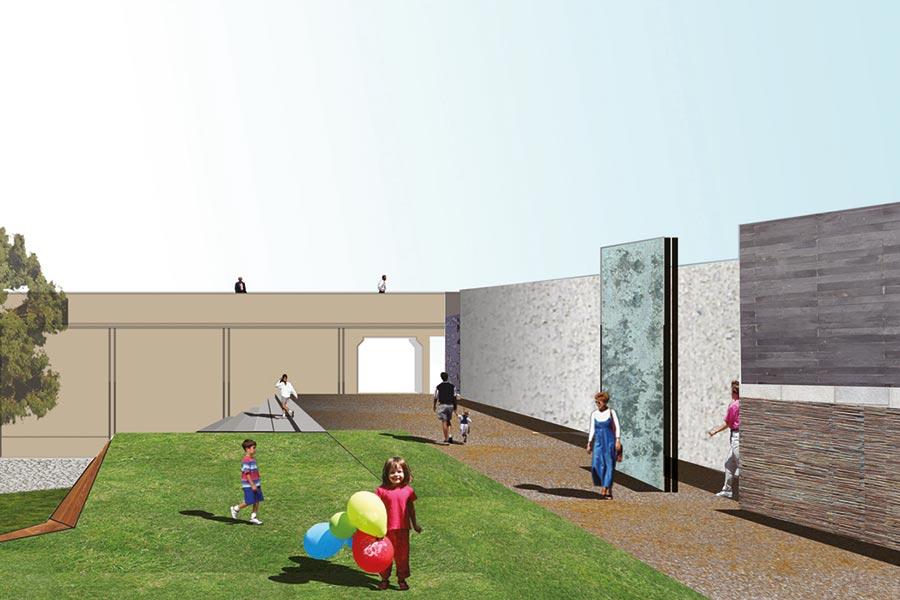 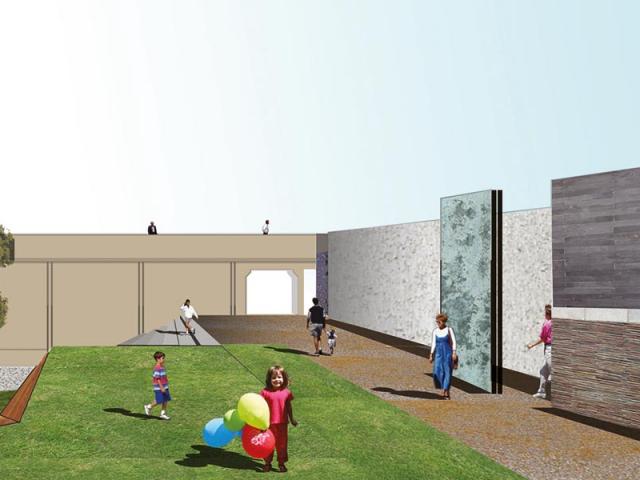 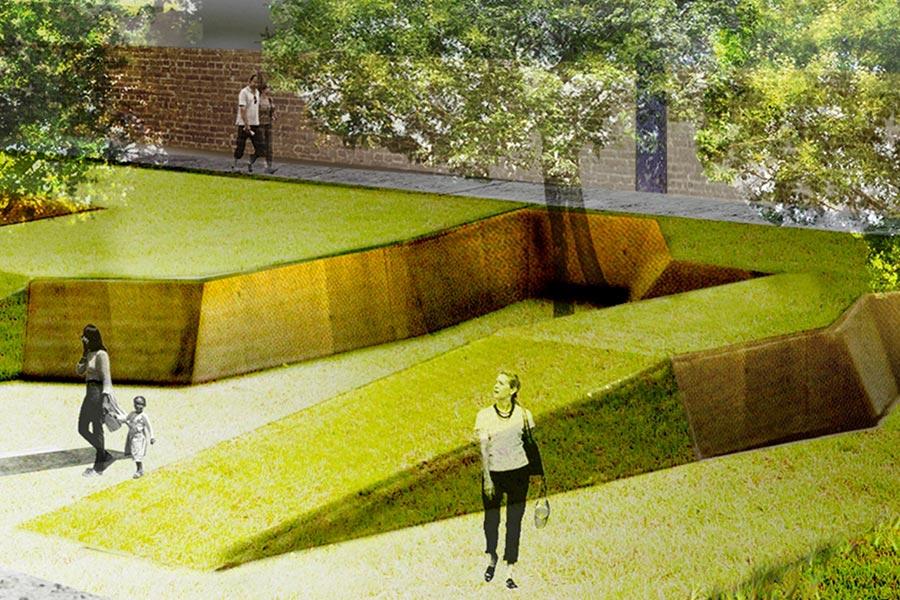 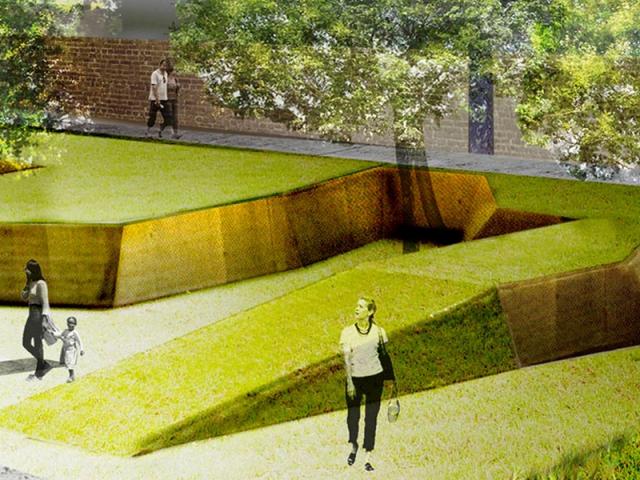 Resettlement of garden and courtyards inside the renovation project of the former San Benedetto convent. The park is meant to become a connective element of the urban spaces around it. The whole plan starts from the central axis created by the four cloisters of the former convent, and proceeds along a linear course that crosses the area from north to south ending in the new fifth cloister. This is a new urban piazza surrounded by buildings such as the library expansion the restaurant and the bar. On the two sides of the piazza the park takes other forms and functions.  A new landscape is given by the presence of an archeological area, the existing trees and the height differences between the plan and the nearby via Belvedere (on the west).