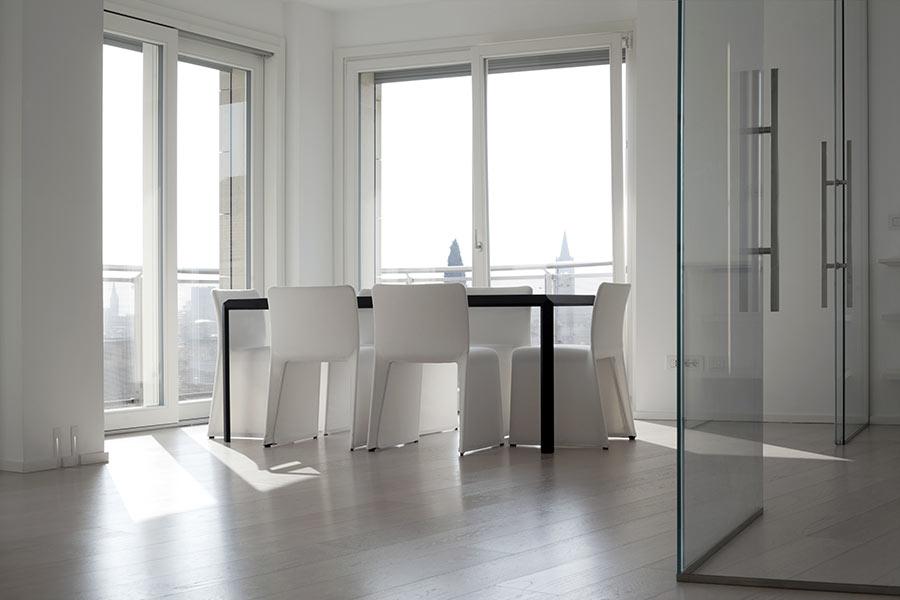 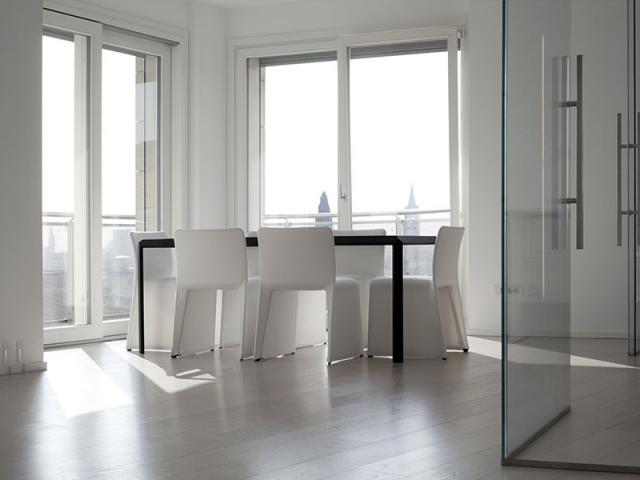 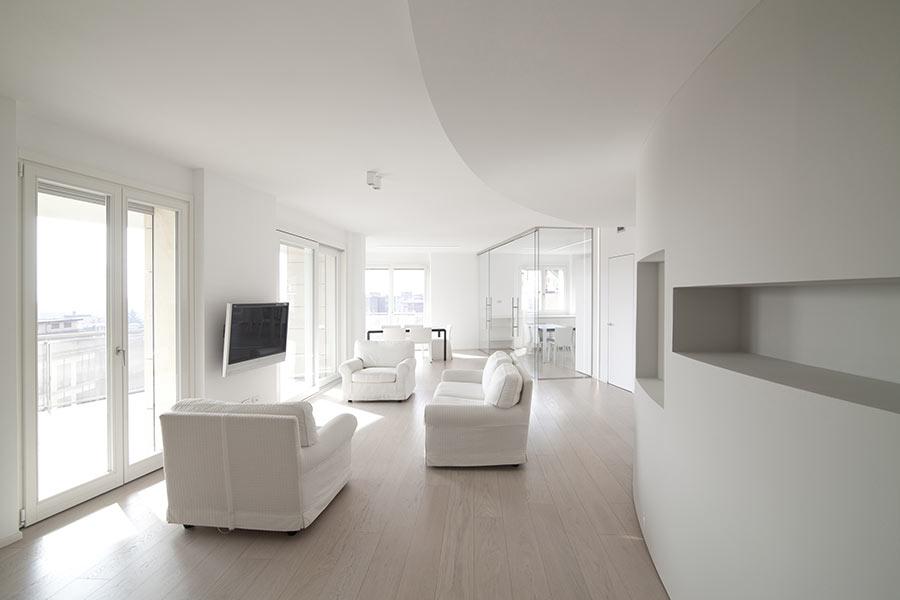 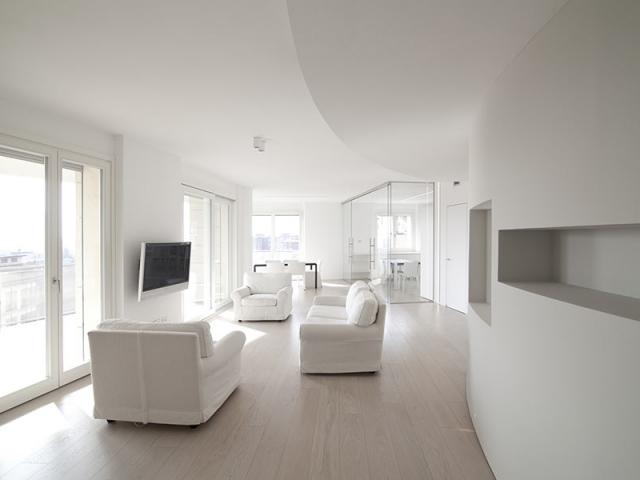 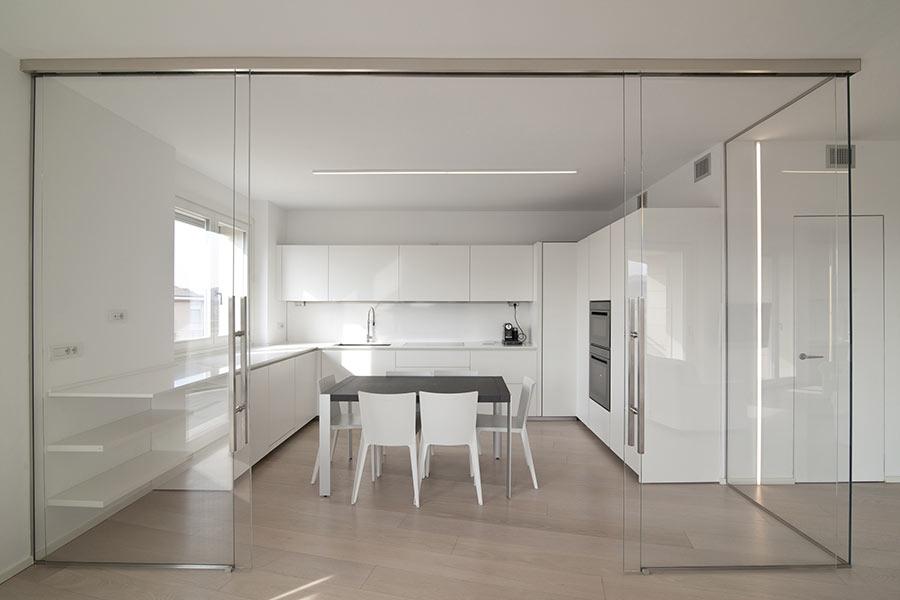 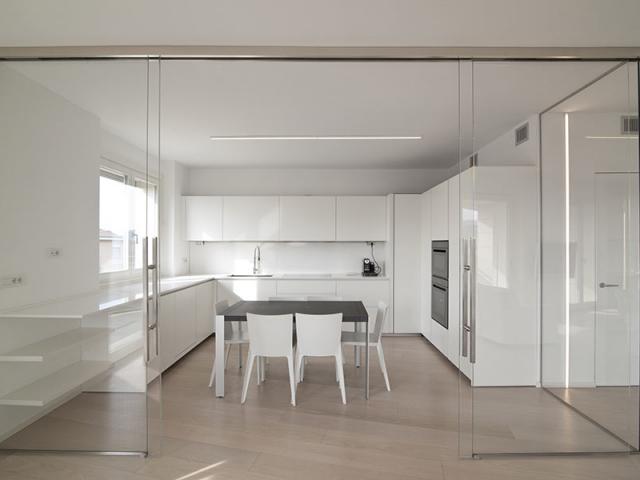 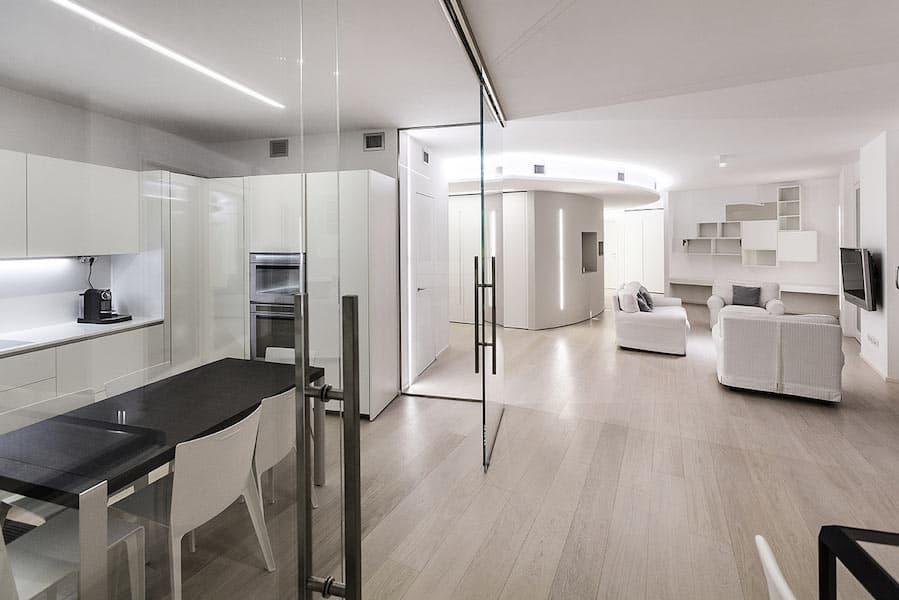 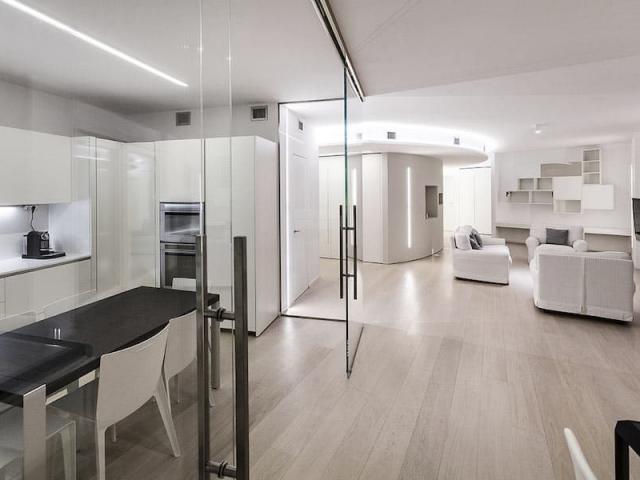 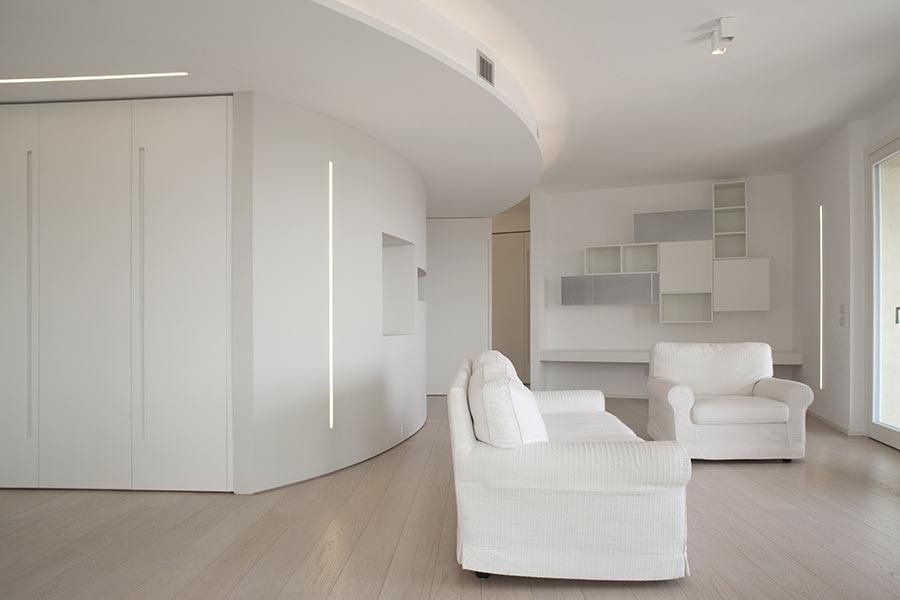 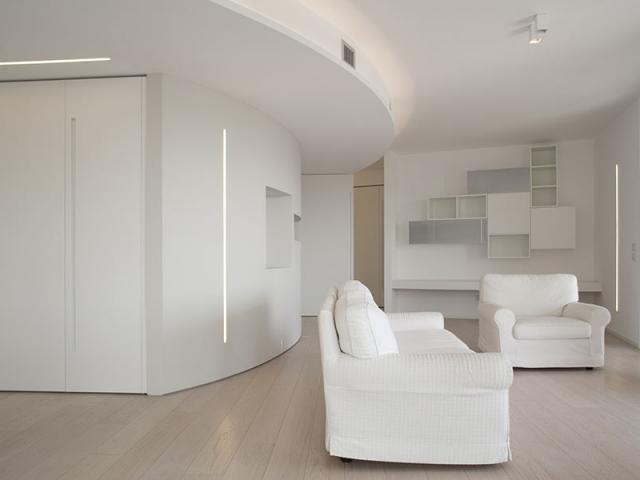 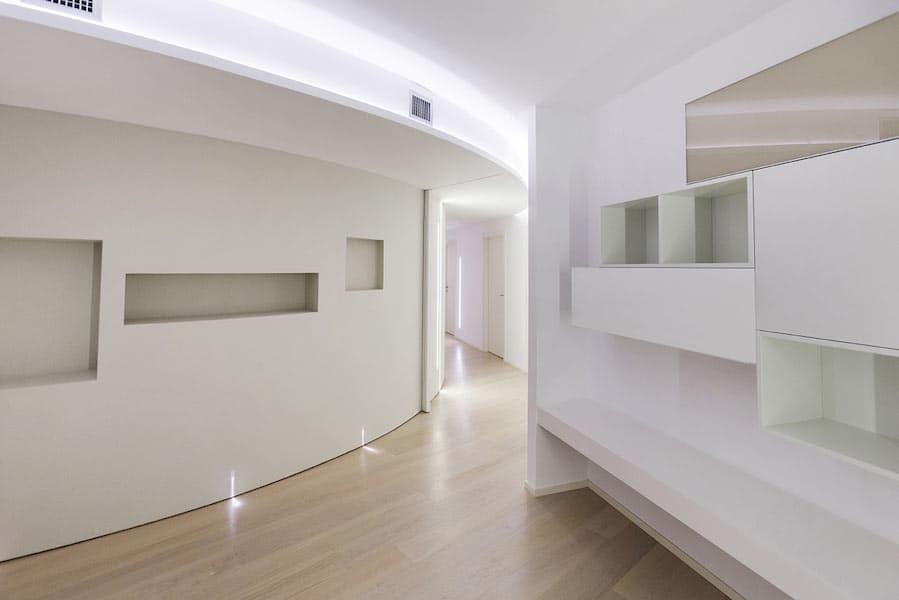 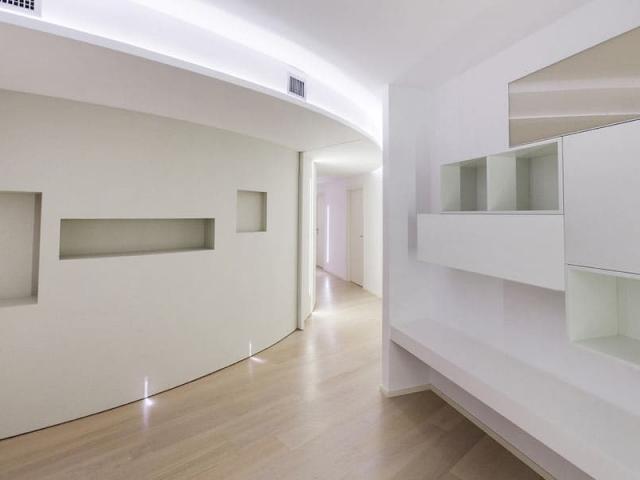 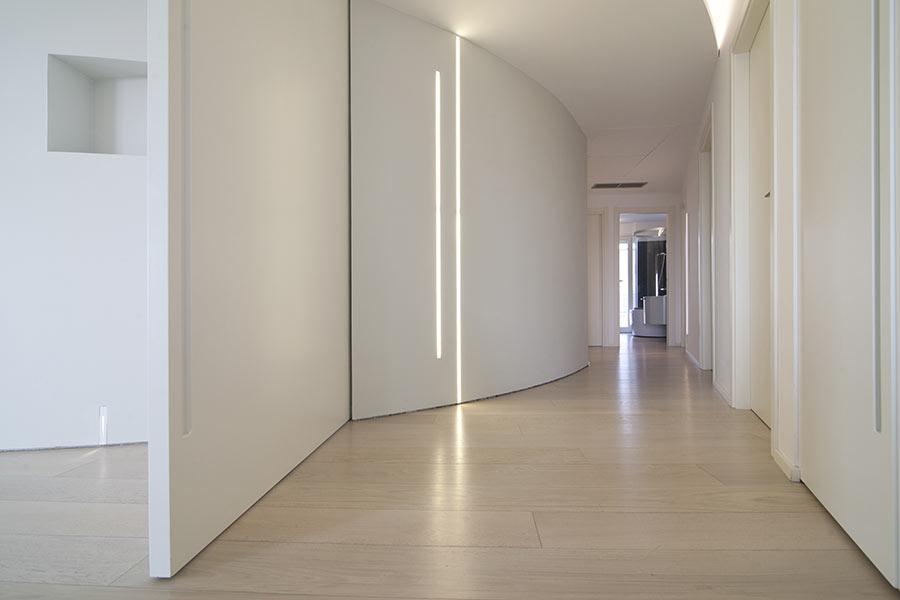 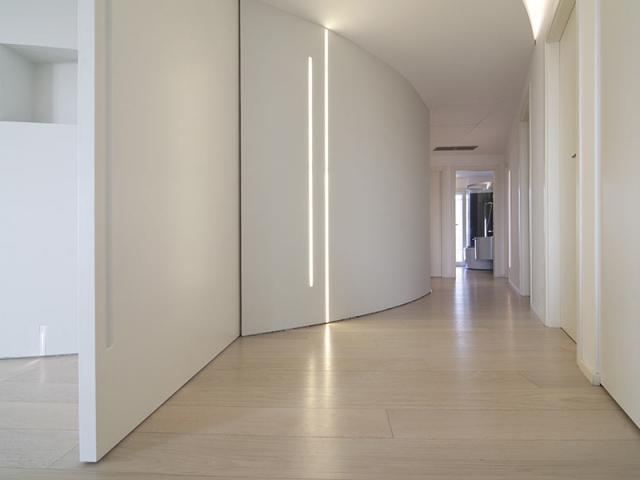 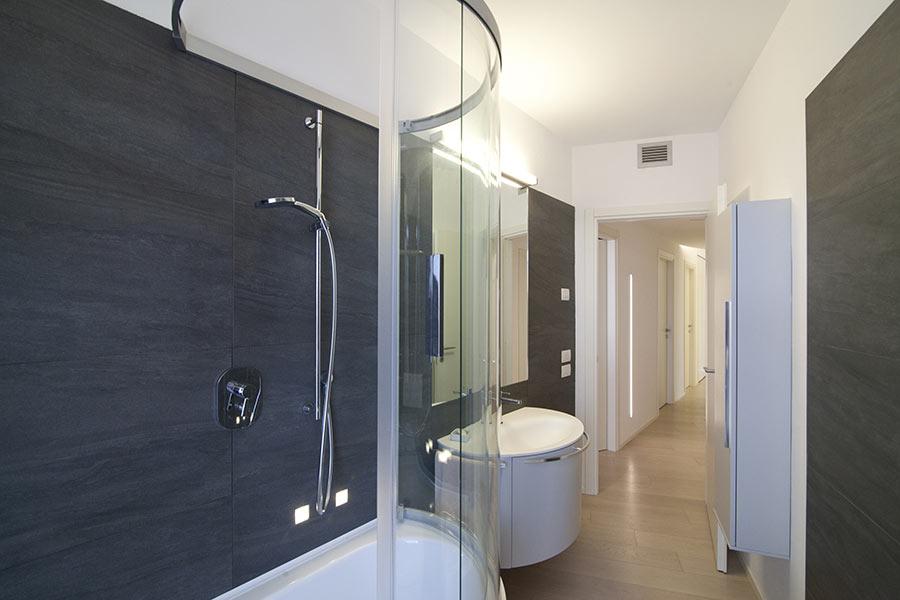 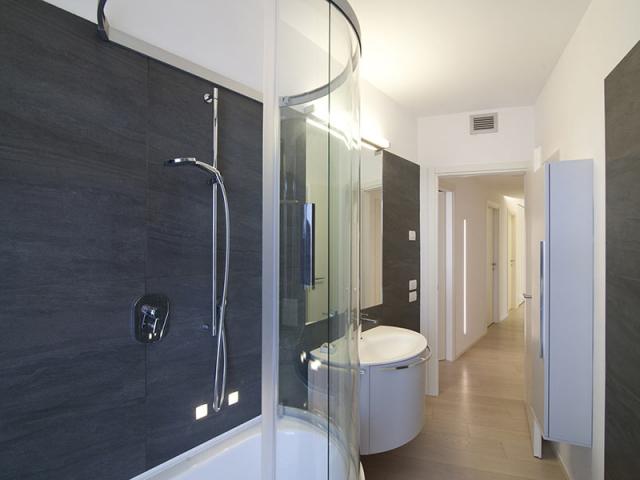 The flat is located in one of the most beautiful residential areas of the city, and enjoys a great view over the roofs, the bell towers of the historical centre and the surrounding hills. The large windows let the light in, changeable according to the seasons but never too strong since the flat looks south – east. The very soft colours of the interior enhance this light and help diffusing it all over. The borders between inside and outside are defined according to sensations and to the balance of natural and artificial light during the day.

The map is very dynamic: a long curved wall that reaches all parts of the flat is the original theme of the house. This connects the living and the night areas with such a dynamic sensation that you grasp a new view every time you look at it. The functional spaces (such as the kitchen defined by simple glass slabs) also follow the curve.  The main concept focuses on the single space made of various, ever changing areas.